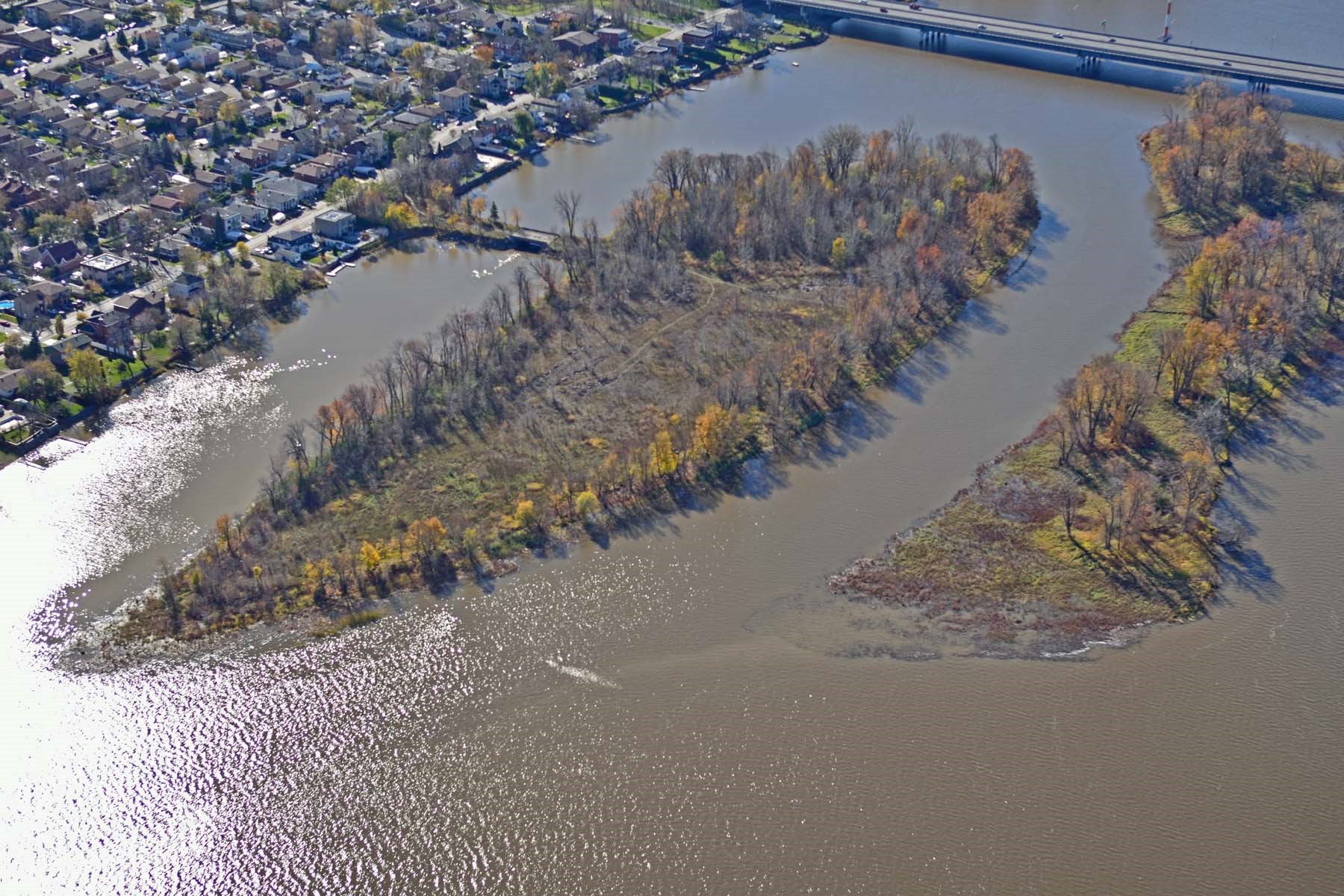 Large-scale construction projects inevitably impact the environment. Many compensation projects were analyzed by Infrastructure Canada in collaboration with Fisheries and Oceans Canada, Environment and Climate Change Canada, and Public Services and Procurement Canada, to offset the loss of natural environment caused by the construction of the Samuel De Champlain Bridge.

The Lapierre Island project, located in the district of Rivière-des-Prairies–Pointe-aux-Trembles, was selected because it has the greatest ecological potential.

There used to be a marsh on Lapierre Island. However, it was destroyed by recurring deposits of fill materials from Montreal between 1980 and 1983.

Therefore, the project's objective is to recreate Lapierre Island's natural environment so that it can be used by wildlife. The marsh will be recreated, which will enable the restoration of fish spawning, nursing and feeding activities and generate habitats suitable for other species, including birds. 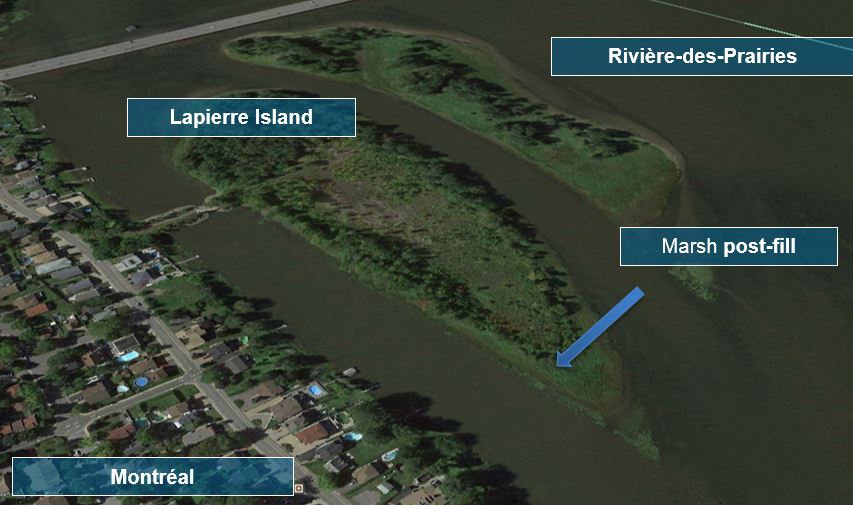 The marsh restoration project was carried out in two phases:

Phase 2: Creation of the marsh and hydrologic connection with the Rivière des Prairies (summer 2017 – spring 2018)

Characteristics of the Marsh:

Project Characteristics for Plants and Wildlife: 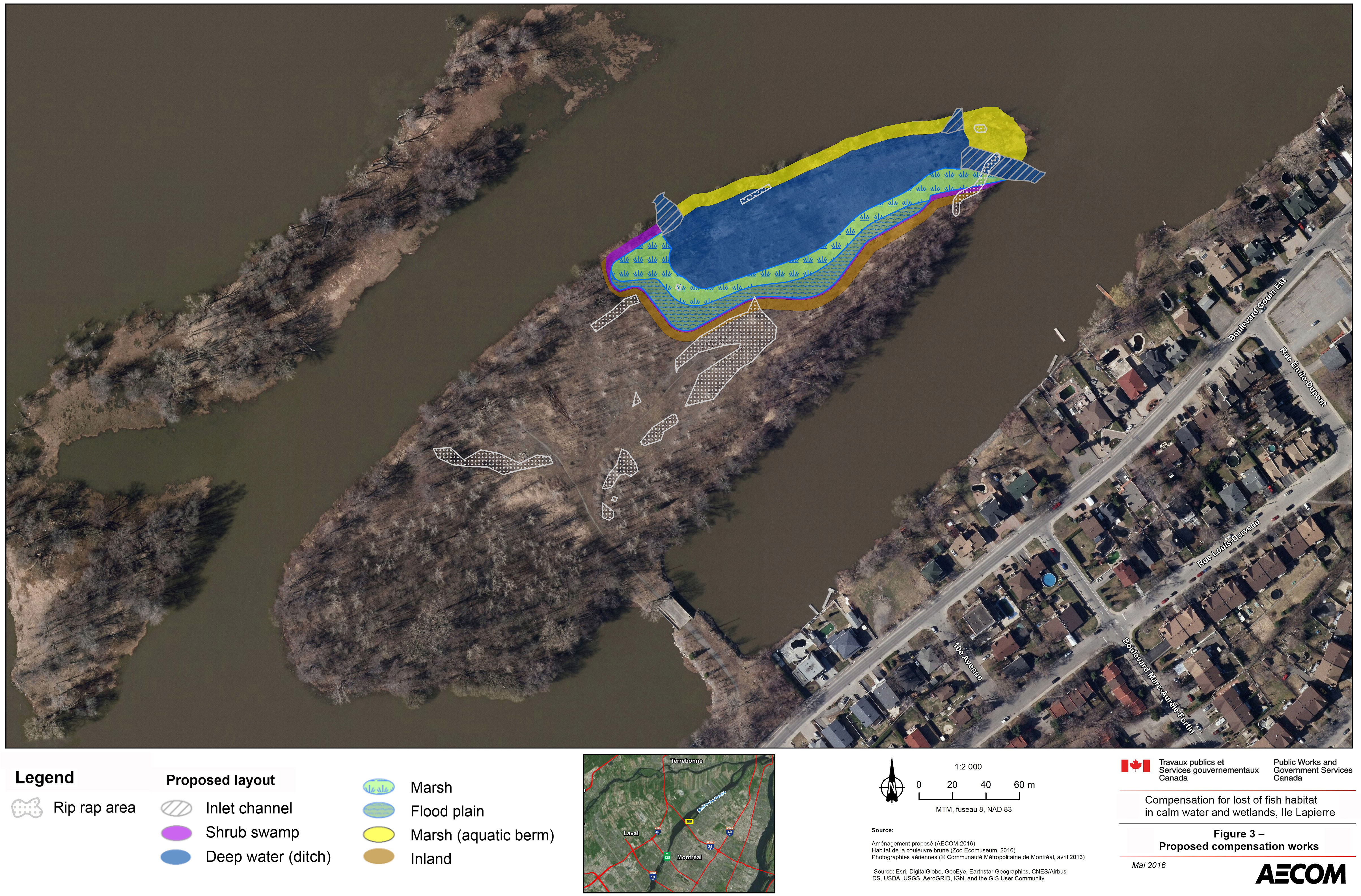 Compensation for lost of fish habitat in calm water and wetlands, Ile Lapierre

Environmental Benefits of the Project

The Lapierre Island restoration project resulted in many environmental benefits:

Mitigation Measures During the Work

The implementation of Lapierre Island development could cause inconveniences to the Island's wildlife and citizens residing near the work site. For this reason, Infrastructure Canada requires that contractors take over 100 mitigation measures, including: