As of March 2021, there were an estimated 617,800 Canadian veteransFootnote 1. This represents approximately 1.7% of the population. As noted in the 2022 BudgetFootnote 2, addressing homelessness experienced by veterans is a priority for the Government of Canada. This report presents a snapshot of key statistics about veteran homelessness in Canada.

Data used in this report come from three sources.

During 2019, an estimated 1.6% of emergency shelter users were veterans (1,905 individuals). This estimated proportion has remained close to 2% since it was first collected in 2014 (2.3%). It is consistent with the proportion of veterans in the general Canadian population (1.7%). Over this time, the estimated overall number of shelter users, including veterans, has declined.

A demographic analysis of the national shelter data showed that:

Program data from Veterans Affairs Canada (Facts & Figures, March 2020) shows that veterans receiving supports from the department tended to be older (average age = 63 years) than those accessing shelters. They were also more likely to identify as male (87.7%).

The 2018 PiT Count survey found similar demographics for veterans. Among veteran respondents, 82.9% identified as male and 34.3% as First Nations, Metis or Inuit. The median age was also 48 years. Female veterans experiencing homelessness were younger than male veterans. Approximately 72.1% of female veterans were under age 50 (compared to 51.3% of males). Among veterans who received supports from Veterans Affairs Canada, only 33.9% of women and 22.0% of men were under 50.

Reasons for housing loss among veterans

The 2018 PiT Count survey asks respondents what led to their most recent episode of homelessness. The factors reported by veterans and non-veterans were similar. However, veterans were more likely to cite an illness or medical condition as a contributing factor. Other factors were mentioned less frequently by veterans, such as addiction or substance use, and abuse by partner. Some of these differences may be due to the higher average age and greater percentage of men among veterans relative to non-veterans. 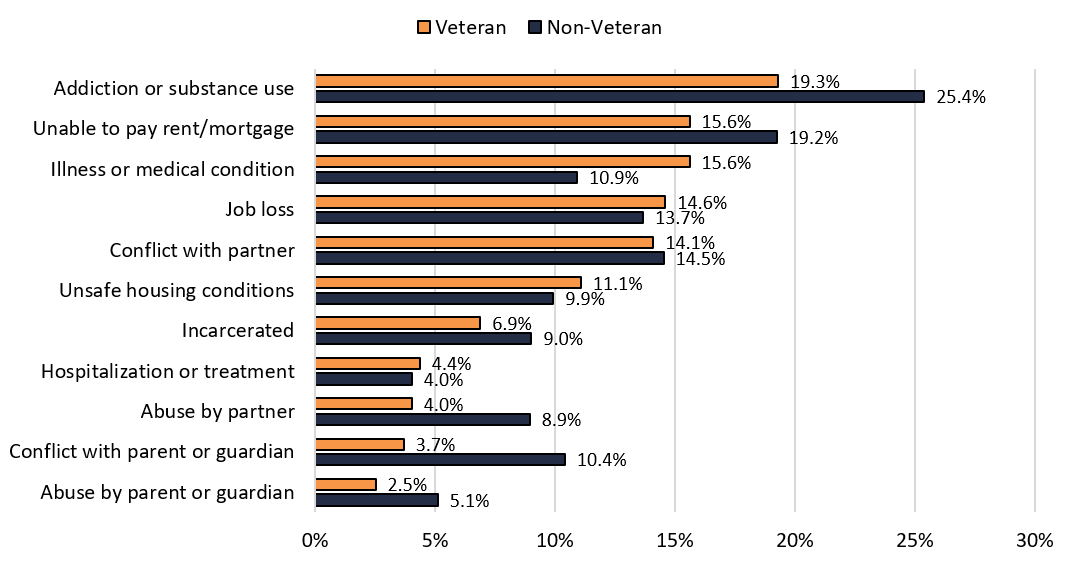 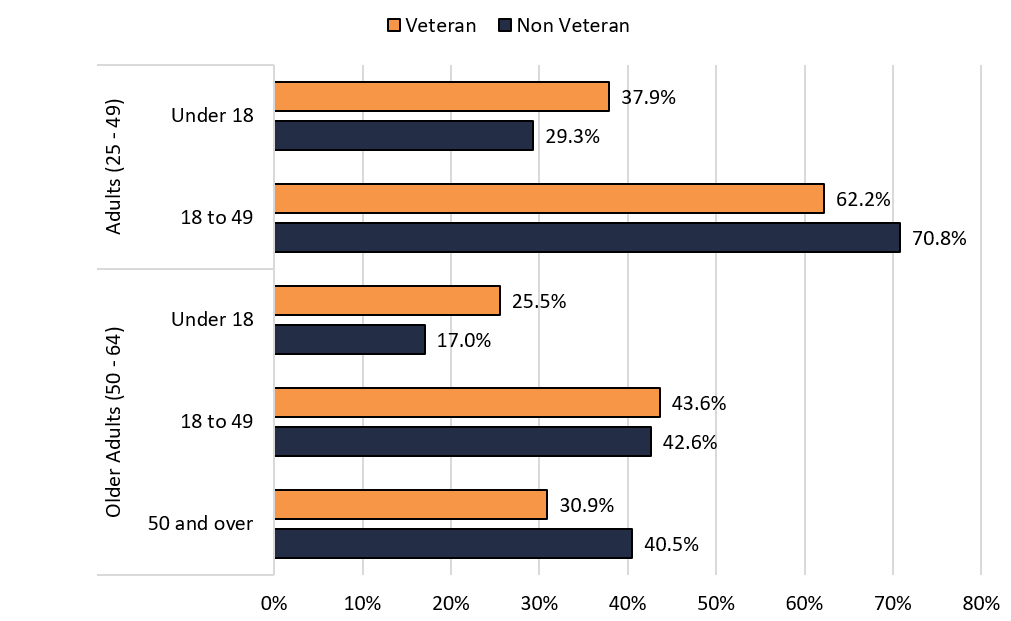 Duration and episodes of homelessness among veterans 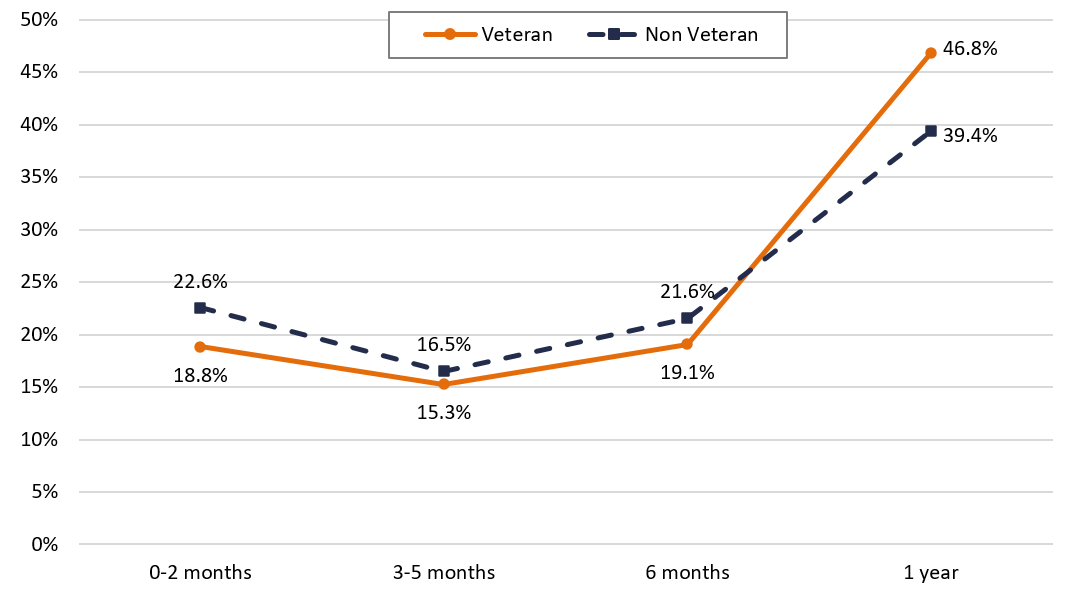 To find out more about homelessness research, visit the Data analysis, reports and publications page.

If you have any questions about this report, contact us.

See "The National Shelter Study – Emergency Shelter use in Canada 2005 to 2016" for methodology.

Available on the Open Government portal. Data from 2019-2020 used for comparability with other sources.