Office of Infrastructure of Canada
Quarterly Financial Report for the quarter ended September 30, 2018

During the second quarter of 2018-19, the only federal delivery partner for certain sunsetting programs was Transport Canada.

This section highlights the significant items that contributed to the change in resources available for use from 2017-18 to 2018-19 and in actual expenditures as of September 30, 2017 and September 30, 2018. 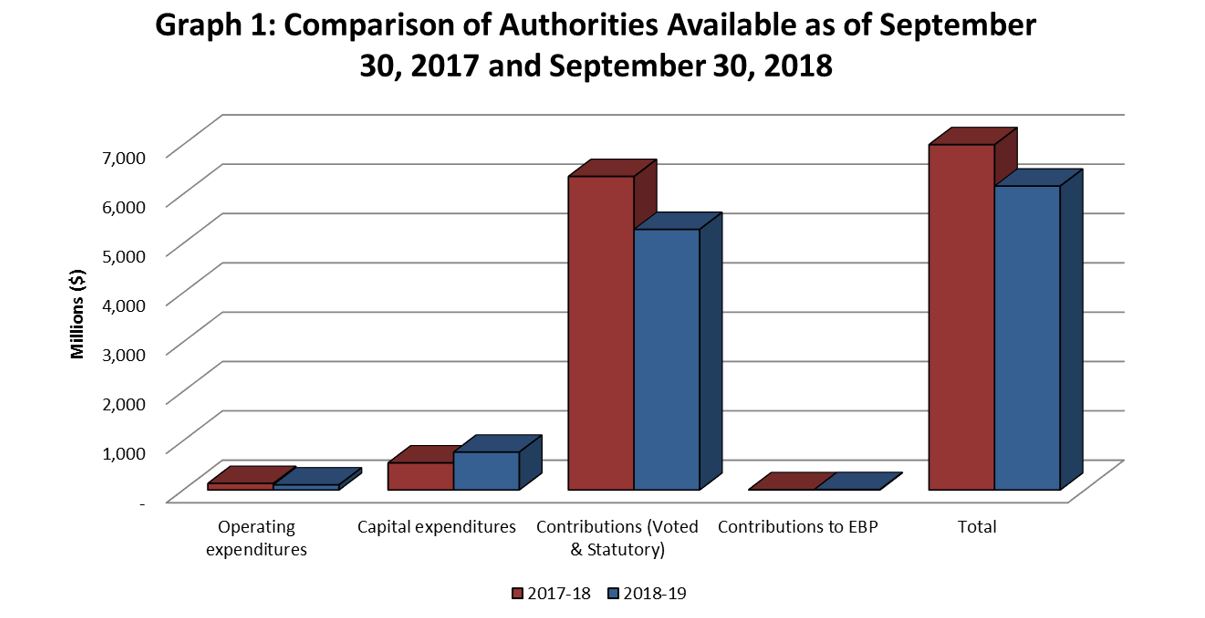 As shown in the Statement of Authorities, INFC's total authorities available for 2018-19 are $6.160 billion as of the end of Quarter 2 (Q2) and represent a $881 million decrease compared to the same quarter in the prior year. This decrease is summarized in the table below:

Expenditures at the end of Q2 were $1.714 billion, compared to $1.330 billion reported in the same period of 2017-18, representing an increase of 28.9% between Q2 of the two years. The source of the relative increase is demonstrated in the tables, graphs and analysis below. 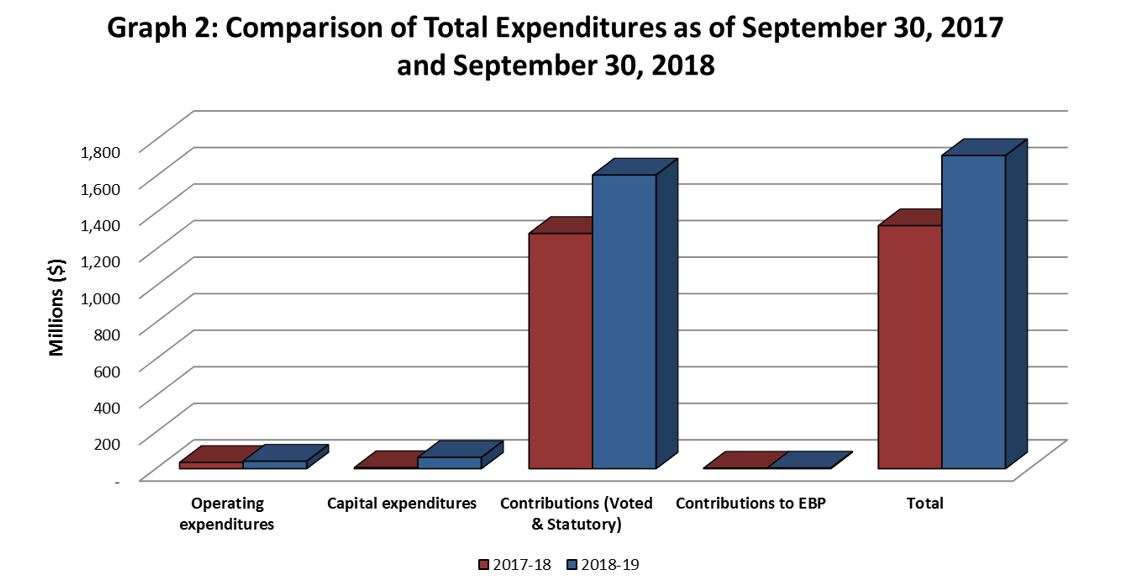 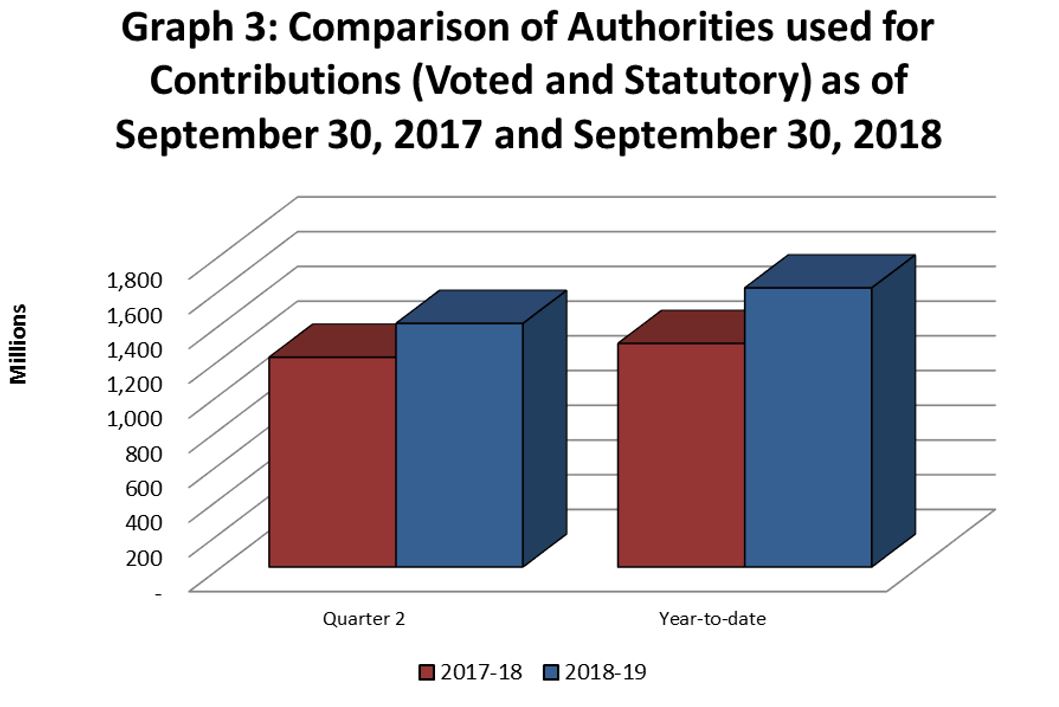 Significant changes in year-to-date contribution expenditures between September 2017 and September 2018 were as follows:

The planned Departmental Budgetary Expenditures by Standard Object are set out in the table at the end of this report. Aggregate year-to-date expenditures in 2018-19 increased by $383.7 million, compared with the same quarter last year. The largest single factor was an increase in transfer payments as explained above.

Over the last two and a half years the Department has been in a state of transformation. The introduction of new programs and responsibilities has resulted in structural changes to better support the delivery of new business lines, as well as required the department to move to more specialized skills and experience necessary for key positions. INFC is working to ensure it attracts and retains employees with the skill sets and experience necessary to fulfil the department's evolving mandate.