The Investing in Canada plan also includes $92.2 billion for existing and renewed infrastructure programs such as the federal Gas Tax Fund that provides over $2 billion every year to municipalities.

Delivered over the next decade, this predictable source of funding will support local priorities and help communities across the country prosper and innovate. Infrastructure Canada funding will be delivered through bilateral agreements with provinces and territories under four streams:

Under these integrated bilateral agreements, the Government of Canada will invest up to:

Provinces will have to cost-share municipal projects at a minimum of 33.33% of eligible costs.

* For projects under the Rural and Northern Communities stream, Canada will invest up to 50% for provincial, municipal and not-for-profit projects, and up to 60% for municipal projects in the provinces where municipalities have a population of less than 5,000.

Allocations by Province and Territory

Image 1: Allocations by Province and Territory 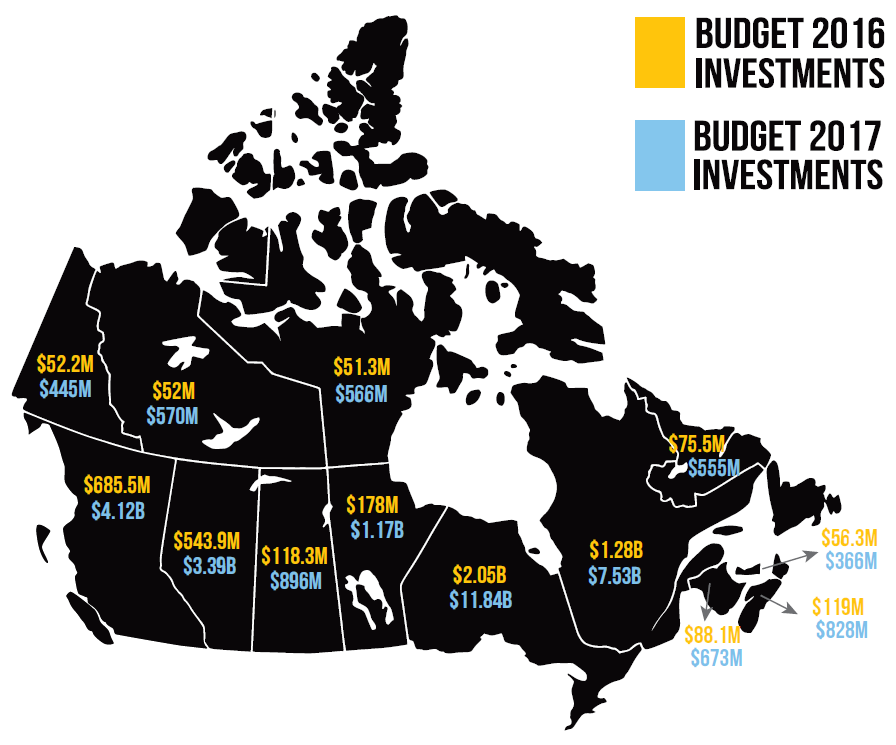