"Our challenge statement is to be the city that breaks the cycle of Indigenous youth incarceration by creating a new cycle focused on building purpose, belonging, security, and identity"

To be the city that breaks the cycle of Indigenous youth incarceration by creating a new cycle focused on building purpose, belonging, security and identity.

Saskatoon has a bold vision to be a city that supports all individuals to feel a sense of purpose, belonging, security and identity. People are being left behind, many of them are youth, and many of them are urban Indigenous youth. Urban Indigenous youth face multiple challenges that are rooted in intergenerational trauma, racism, and a disrupted relationship with cultural and spiritual traditions. This is manifesting itself in an escalating cycle of crime that results in Saskatoon having a youth incarceration rate that is double the national average.

This cycle of crime and social exclusion is resulting in millions of dollars being spent to warehouse people in facilities where instead of rehabilitating they become hardened and in many cases involved in increasingly serious crime. This cycle continues through generations. The existing system is failing all of us.

The City of Saskatoon has initiated a partnership with key institutions all committed to working together in finding proactive, preventative solutions to youth incarceration. Our Smart Cities Challenge will build on this collaborative work and use innovative technology to strengthen and connect the supports for youth to grow in a positive learning cycle rather than find themselves pulled into a cycle of crime. 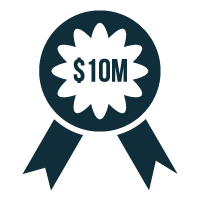