"To improve the social fabric of our city, we have to understand it better."

"Our smart city is a living organism whose strength lies in its humanity, humility and dedication to correcting unacceptable disparities."

"THE SOCIAL INEQUALITIES IN HEALTH: UNDERSTANDING AND ENGAGING DIFFERENTLY"

To engage the community of Quebec City in a societal project centered on citizens' sustainable health and well-being using the collective intelligence and the deployment of digital tools that support decision-making and follow-ups.

Through the implementation of the project Social Inequalities: Understanding and Engaging Differently, the community of Quebec is committed to a societal project that focuses on sustainable health and citizens' well-being. This societal project will bring together the collective intelligence and the deployment of digital tools in support to decision-making and follow-ups.

Our proposal for the Smart Cities Challenge relies on a large study conducted by the Regional Direction of Public Health in 2012. The Study acknowledges the social inequalities in health as a major public health problem requiring a concerted action from all.

In Quebec, this fact calls for action and mobilization. The consultations directed by the City confirm that citizens are committed to promote projects with a positive impact on health.

We will leverage the knowledge of academic researchers, the commitment of institutional and business partners, the citizens experience, the wide potential of new technologies, and the expertise of the municipal staff, to initiate and launch an ambitious project in line with the innovative solutions implemented by the City of Quebec in the last decade. 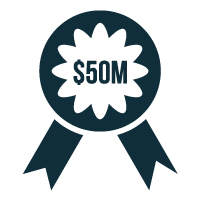